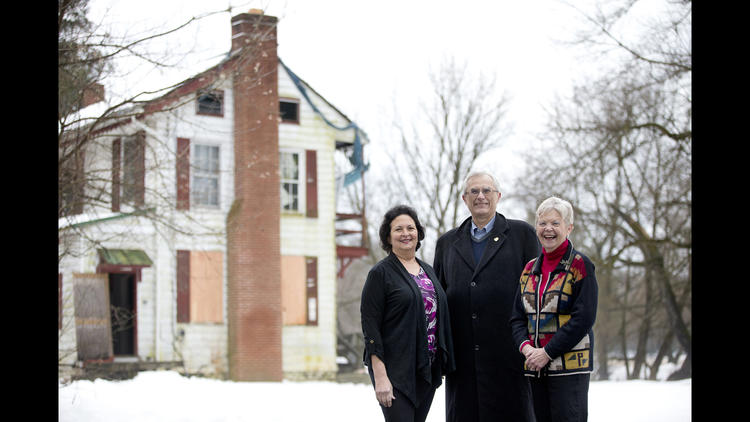 As a result of a rare meeting of the minds by folks with potentially disparate interests, the 160-year-old Glencoe Train Station was granted a reprieve from demolition earlier this year and is slated to be disassembled and rebuilt in White Hall.

The building on Home Road in Gunpowder Falls State Park, just north of Glencoe Road in Glencoe, that once served the Northern Central Railroad line between Baltimore and York, Pa., was likely to be razed by its owner, the state Department of Natural Resources, until preservationists, politicians, community members and a government agency came together just in a nick of time.

The move would allow the building, which has been vacant since a flood in 2010 and has deteriorated into an eyesore, to remain close to the Torrey C. Brown Trail, formerly known as the Northern Central Railroad Trail.Instead of squabbling, people who held the fate of the old station in their hands responded by making a decision that was satisfying to all sides.

It all began when Trish Bentz, the executive director of the Preservation Alliance of Baltimore County, noticed on a website that a petition had been signed by 50 people from communities close to the station demanding that the structure, also known as Edmund’s House, be torn down.

There are no upcoming events.

Help Us Help our Community to Save More Historic Buildings

Powered by Convert Plus